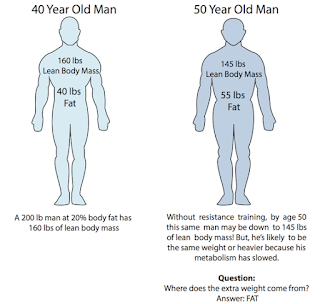 One of the fears many people have while aging is the loss of physical mobility on top of common aches and pains that come with old age. Several scientists at the Institute for Aging Research at Hebrew SeniorLife are working on a project that looks into the genetics of people with lean body mass and how having such genetics can help deter physical deterioration of ones body during aging. Since lean mass is associated with muscle mass these scientist have been looking at those who have inherited the genes of lean mass to find possible treatments for aging folks who have not been so lucky to have this gene passed to them. One of the most common conditions that older people have that causes their muscle mass to be reduced significantly is sarcopenia; losing high amounts of muscle mass opens the door for other physical problems with ones body. This is where the scientist hope that by finding the exact genes involved in lean body mass will allow researchers to develop therapies of a sort that’ll enhance this gene into those without. This study is being done on a very large scale since it effects many people with a total of over 50 individual studies being done on this topic with the help of data given by nearly 100,000 participants. Since the loss of muscle mass as age increases is no new issue the scientists were also able to gather data from already discovered information to survey with their findings. The Institute for Aging Research at Hebrew SeniorLife plans to continue working on this project and hopes to find a way for people to stay physically well for as long as possible through their lives.
Posted by Sarah Strang at 7:24 PM