For The Love of Dogs 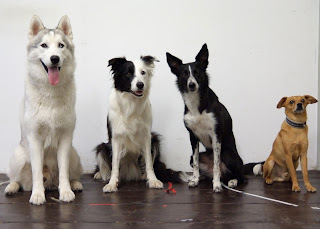 Commonly heard is the saying “Dogs are a man’s bestfriend”, but what if that saying actually has some scientific reasoning behind it. Animal behaviorist, Monique Udell and geneticist Bridgett vonHoldt took matters in their own hands to see if the friendly behavior of dogs is rooted in their DNA. Their research consisted of comparing behaviors between 18 dogs, ranging from purebreds to mixbreeds against 10 wolves that were captive and hand-raised. The dogs were found to not only greet but also interact longer with humans while the wolves were more common to just greet humans. These scientists began looking at the gene variations for answers by first looking at how in humans with Williams-Beuren syndrome have a partial lost of chromosome 7. This syndrome was relevant since humans with it show very friendly and trusting personalities. From past research vonHoldt has found how the partial loss of chromosome 7 in humans was found to be quite similar to the make up of chromosome 6 in canines, which played a pivotal role in the evolution of dogs. The scientists manipulated this gene by adding, doubling, or removing it in both the dogs and wolves to look for behavioral changes, which did occur. They pinpointed the protein GTF21 that is able to disrupt that gene to be found in higher contents in dogs that showed more social personalities, however, dogs and wolves that had the gene that was not changed by the protein were found to be less social. There were doubts on whether this project would not reach expectations by vanHoldt and Udell, but in the end the information and data gained showed that their minds were in the right direction on hypothesizing that genes played a role in increased hypersocial tendencies in some dogs more than others.
Posted by Sarah Strang at 1:40 PM