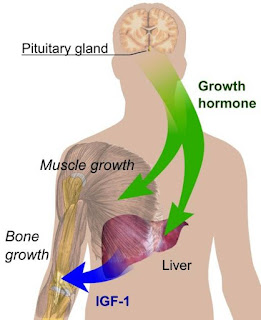 An article in the New York Times discusses a gene described in the journal, Science Advances.  This gene has been found to increase the lifespan of males by ten years; the gene was found to have no effect on women.  Heredity is not the only factor that determines how long a person lives; in Germany the life expectancy in 1875 was 39 years, today the life expectancy is around 80 years.  The almost 50 year difference is a result of access to clean water, modern medicine, and other measures rather than evolution.  Although there are many outside factors, research has shown heredity definitely plays a large role in lifespan determination.  Many studies have shown identical twins have a much closer lifespan than fraternal twins due to the fact that they share the same genes.  Research on this topic has been rather disappointing to scientists; however, they did find a connection between the size of an animal and their lifespan.  Research has shown that smaller animals typically live longer than large animals.  These developments have lead researchers to look more closely at the molecules that causes our bodies to grow; specifically our growth hormones.  Researchers have found that about 1/4 of people have a mutation in the gene for growth hormone receptors which causes them to have a missing chunk of DNA.  Dr. Barzilai conducted a study using 567 Ashkenazi Jews and their children.  Dr. Barzilai found that 12% of men over the age of 100 possessed the growth hormone mutation which is about three times higher than the percentage of males over the age of 70.  For women in the study the gene was equally present in both age groups.  Researchers believe they have been able to establish a connection between longer-life and the growth hormones but need more research and a larger group to make a real connection.  A 2008 study showed a mutation in a different growth gene which only effected women; this shows that men and woman take a different genetic path toward longer lifespans.  Dr. Barzilai and many other scientists are still researching these genetic mutations and believe an answer is not far away.
Posted by Unknown at 8:18 PM