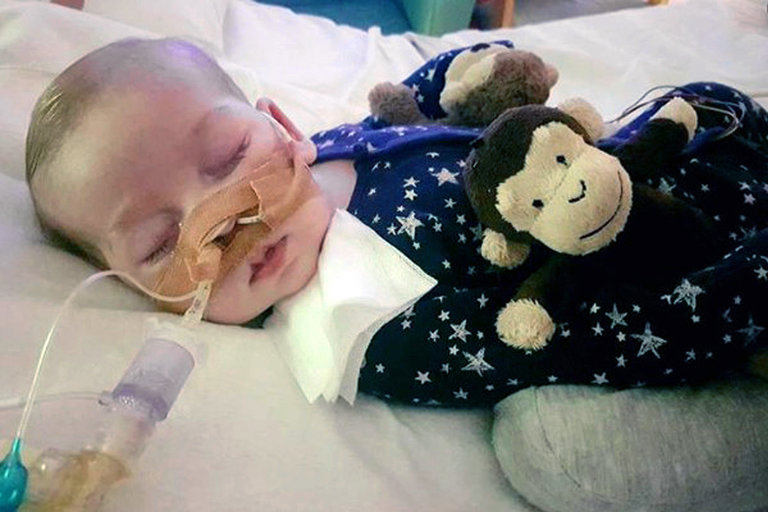 For the article, Click here
Summarized by Rebecca Wiley

Imagine watching your best friend diminish and there is nothing you can do to help. This is what happened to Charlie's parents. His health was slowly fading and they were having trouble letting go. Charlie had mitochondrial DNA depletion syndrome. Part of the reason for their struggle was the hope a doctor in the United States gave them about an experimental treatment. Dr. Hirano gave this hope without examining the child to see if he would be a good candidate. This treatment was used on mice and humans with a different genetic disorder caused by a completely different gene. The hospital that was taking care of Charlie would not allow the parents to transfer him to America. When the courts gave Dr. Hirano the okay to come see the baby, the baby's health was too far gone for his treatment. The parents blame the hospital and court system for taking a long time to allow him to see the child. The hospital claims that they were looking out for the baby and knew that he was to far gone for the treatment. Charlie ended up passing away Friday, July 28th. He could not see or even swallow. The baby appeared to have muscle atrophy and brain damage caused by his genetic disorder.

To learn more about this disease Click Here
Posted by Unknown at 10:25 PM