OCD-like Behavior Linked to Gene Mutation in the Brain

Honor Whiteman, a writer for Medical News Today, states that "Researchers have provided further evidence of how gene mutations in a certain brain region might fuel behaviors associated with obsessive-compulsive disorder." 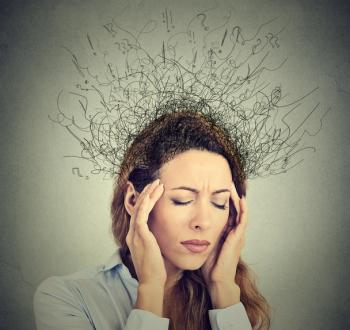 OCD is a disorder where the affected have uncontrollable thoughts, obsessions, and/or compulsions. These thoughts can trigger a persons anxiety which makes it difficult for the person to live their daily lives. The compulsions refer to physical urges that are used to respond to the obsessions, some examples of common OCD include excessive cleaning (hands, clothes, etc.), rearranging items in a particular way, or compulsive counting counting. One percent of adults are affected by this disorder, however within that one percent, 50 percent of individuals severely suffer from OCD. The main causes of this disease are unknown, however, previous studies have show that it may be caused by specific gene mutations in the brain. A new study conducted by researchers from Northwestern University found that certain gene mutations in the corticostriatal region of the brain led to OCD symptoms in mice. This region of the brain is responsible for the regulation in repeating behavior. KAR (kainate receptors) genes play a key role in how the corticostriatal region is developed, and when KAR genes were erased in mice they showed numerous OCD-like behaviors.

I believe that the research done on OCD will prove its worth and help the people suffering from the disease. With the discoveries made by the research team at Northwestern, these KAR genes may be a major cause of OCD. With further studies on these genes and the region of the brain that they are located, doctors and scientist could develop treatments or medications in the very near future.