Reason for Flounders being flat found in genomic study

A recent study done by the Julius Maximilian University Wurzburg in Germany has found reason why the flounder is flat in morphology. This has been a topic f discussion for many years and has been a confusing part of flat fishes life cycle. Scientists have had trouble understanding why flounders among other flatfish species would start as a symmetrical larvae, and then reconfigure its whole anatomy in adulthood to be asymmetrical.

The study looked at the genome of two related species to try and uncover the genetic reasoning behind this. The  genomes of related species, the Japanese flounder (Paralichthys olivaceous) and the tongue sole (cynoglossus semilaevas) were sequenced. The researches turned their focus to the genes that were active specifically during metamorphosis when this great change in anatomy takes place. They found a trigger which was a developmental key, Retinoic Acid is the culprit for skin pigment change as well as interacts with the thyroid hormone which is responsible for the transition of the eyes to one side of the head. Through this they discovered that light also has a lot to do with this change as the very same pigments that capture light in the eye are also found in the skin of larval flounder they can sense light differences and increase retinoids acid production based on this.

This is important as flounder among other species of fish are sought after for food as well as economic gain by fisherman and sellers. Flounders sell for a high price on the open market and with overfishing always being a concern as well as just to meet high demand, many people have attempted and are still attempting to raise and farm these fish. Theres been a problem though they have had trouble getting right, as I'm sure you could guess, its metamorphosis! Solving this mystery helps flounder populations as well as the fishing industry as a whole! 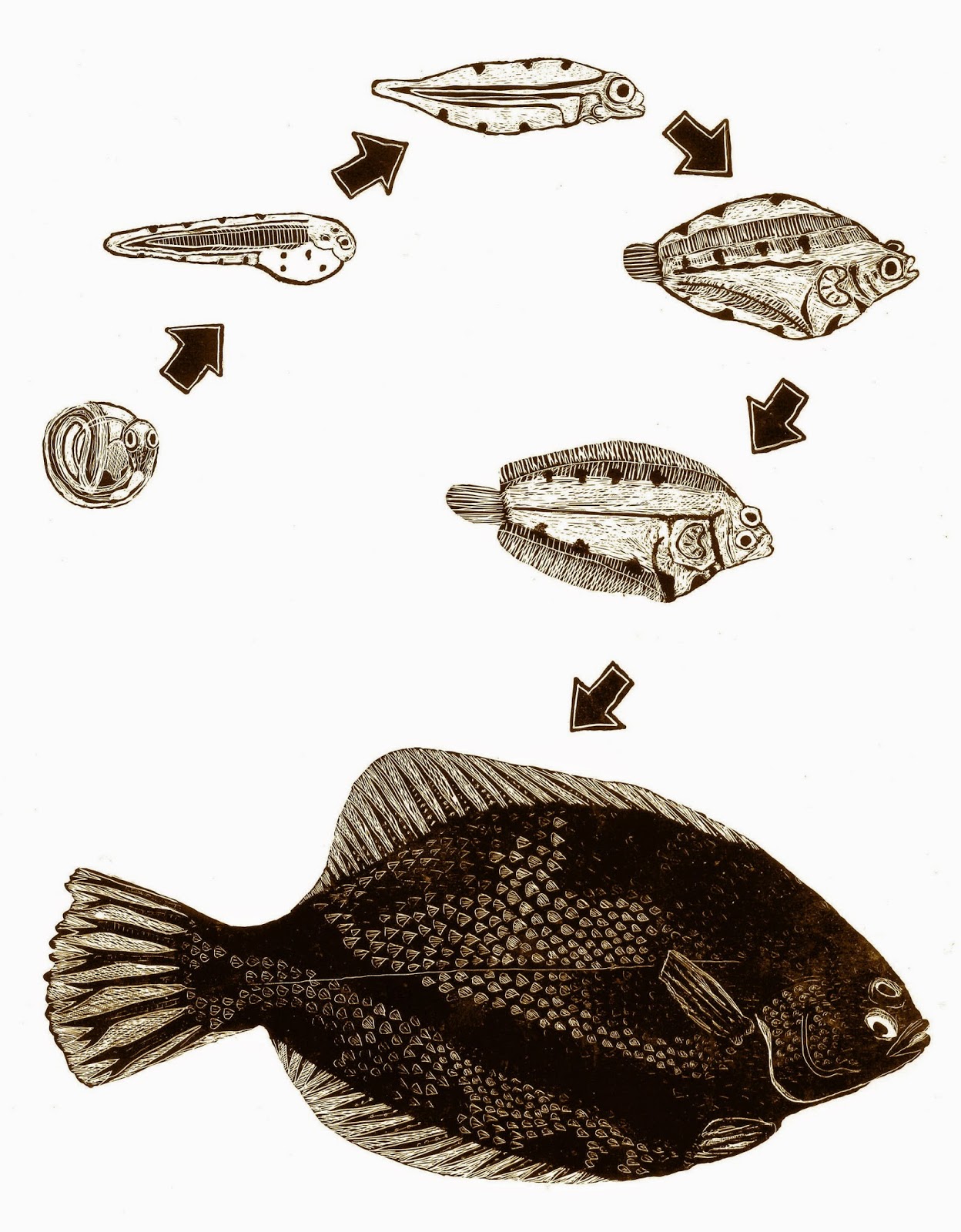