It's 5 o'clock Somewhere: The Genetics of Facial Hair and Unibrows

Besides the extreme variation in skin color, variations in hair color, shape, and growth offer a plethora of options in the genetic world. Excluding external factors (like DHT in baldness), there are many genes that code for curly or straight hair, as well as the probability that you'll end up as a "50 Shades of Grey" joke in your 60s (or even sooner...). To learn more about hair variability, researchers analyzed hair samples of over 6,630 people in Latin America. Interestingly enough, there were specific sequences for having/not having a unibrow, and many variants for facial hair growth. 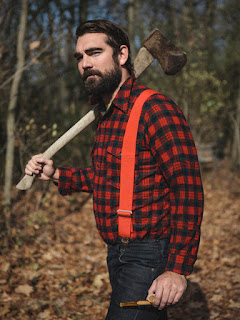 Above photo: The well sought after lumberjack beard-style.

It is speculated that the intense variations in hair genetics were brought upon by sexual preferentiation. An addition to that theory is that these genes could play other roles in human survival, and thus experienced increasing frequency over time. Not only are these genes interesting for studying human/natural selection, it is also indicative in forensics, as identifying exons of these genes can help formulate a more clear picture of a suspect with just a single hair.