Heart Failure: A Result of a Faulty Gene

Researchers at Imperial College London have discovered 1% of of people carry faulty versions of a gene that can lead to heart failure. The gene itself codes for a protein called titin, which can trigger heart failure if the organ comes under stress. The gene variants for the titin protein causes a heart condition known as dilated cardiomyopathy. According to Dr. Stuart Cook, a professor of clinical and molecular cardiology, dilated cardiomyopathy is where the heart enlarges, thus stretching and thinning the muscle. This eventually impair's the organ's ability to pump blood and oxygen around the body.

By doing a study on healthy rats with the faulty genes, researchers have discovered that the animals appeared healthy, but still contained the abnormal stress on the hearts, in which could trigger dilated cardiomyopathy. By doing a comparison on adults through MRI scans, analysts indeed found that 1% of the tested adults carried the titin gene variants. Surprisingly enough, the adults that carried the gene looked completely healthy. 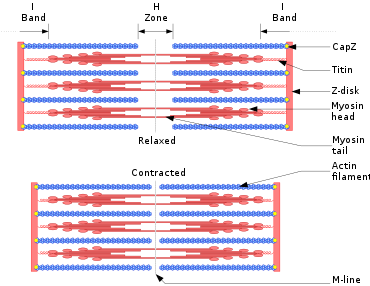 On a closer analysis through 3-D heart models of the carriers, researchers indeed detected a slightly enlarged heart in comparison to those without the gene variants. In addition, the pattern detected in gene variant carriers were shown to be similar in heart failure patients. Scientists also concluded that those with the titin gene variants may have silenced genes in which may not cause dilated cardiomyopathy directly but can still be triggered indirectly though genetic stress. If the results holds true for beyond the tested patients, patients who appear healthy may be in danger of not realizing that they carry the gene variant that causes dilated cardiomyopathy. With this research in mind, this can be very useful for genetic researchers in comparing other genetic mutations that act similar to the litin gene. By targeting the specific gene that may cause the disease, drugs can be made to silence the gene or altered to prevent the mutation from triggering the heart condition. Hopefully, these results can serve as the foundation for advancements in genetic analysis for conditions that are caused by genetic mutations.