Scientist have recently discovered that molecules called phytochromes, that are used to detect light during the day, are used at night for temperature sensor. The findings that are in Science journal show that phytochromes control genetic switches in response to temperature. The resposnes control the growth and development of the plant. At night the phytochromes change there state and the rate at which they change is direactly proportional to the decrease in temperature. The warm it is the faster these cells change and the faster the plant grows. The responsiveness of plants have been observed for hundreds of years but the exact mechanism that cause these responses have been unknown, until now. This research is being done to help increase to yield of crops because by 2050 it is estimated that the yields will have to double to keep up with the growing human population. fao.org estimtes that by 2050 to feed the world we would need to increase productivity by 70%, and developing countries would need to double their production. 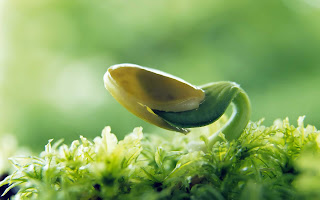 The molecular mechanism that cause the response and reactions could be used to breed crops that are resillient to climate and temperature stresses. When phytochromes are active the restrict plant growth, when they are inactive they do not inhibit plant growth. When they are activated during the day they bind to DNA and restrict the division and growth. In the shade the phytochromes deactivate right away and are not bound to the DNA allowing for plant growth. Night is odd because instead of a complete deactivation of the all phytochromes in the plant after the sun goes down they deactivated slowly according to temperature. The lower the temperature the longer the phytochromes take to revert to their inactive state. Recent research have discovered genes that activated or deactivated the phytochrome cells, and even altering the active or inactive states. This research can be later used to help geneticlly modify plats to make them grow all the time, even in the dark or shade. With the world's population growing at an alarming rate the need for food is growing more and more every year. Break throughs like this are being looked at with wide eyes to see if they will fill our global demand for food.