Debunking the biggest genetic myth of the human tongue 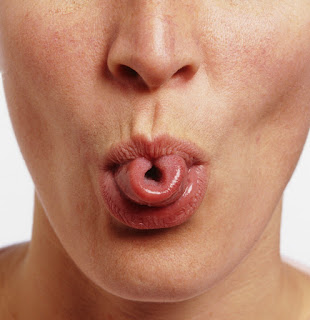 Roll it, flip it, fold it and even mold it into a squiggle. Your tongue can be an acrobat, regardless of whether your parents are capable of the same tricks.

Every semester, John McDonald, an evolutionary biologist at the University of Delaware, asks his undergraduate students the following question: How many of you were taught in biology class that rolling the tongue is a genetic trait?

Most of the students raise their hands. They're wrong.

In 1940, the prominent geneticist Alfred Sturtevant published a paper saying the ability to roll one’s tongue is based on a dominant gene. In 1952, Philip Matlock disproved Sturtevant’s findings, demonstrating that seven out of 33 identical twins didn’t share their sibling’s gift. If rolling the tongue was genetic, then identical twins would share the trait. Sturtevant later acknowledged his mistake.

“I am embarrassed to see it listed in some current works as an established Mendelian case,” he wrote in 1965 in his book, “A History of Genetics.” Yet, McDonald says, the myth is still taught in science textbooks and classrooms. See this and this, for example.

Don’t be discouraged if you aren’t a member of the tongue-rolling elite — some can train their tongues to obey. In fact, one of McDonald’s undergraduate students conducted a small study asking 10 non-tongue-rolling participants to try rolling their tongue each day. After a week of practice, one participant achieved a successful tongue roll.

This doesn’t mean tongue rolling has no genetic “influence,” McDonald says. More than one gene could contribute to tongue-rolling abilities. Perhaps the same genes that determine the tongue’s length or muscle tone are involved. But there isn’t a single dominant gene that’s responsible.

While you may think this myth is harmless, McDonald says he’s received emails from kids who don’t share the tongue-rolling status of their parents. Are my parents really my parents, they want to know? He quickly puts their fears to rest. If mom and dad can’t roll their tongues, but you can, don’t worry — chances are you’re still their kid.
Posted by Jessica Dodd at 2:16 PM