Creating Our Own E. Coli 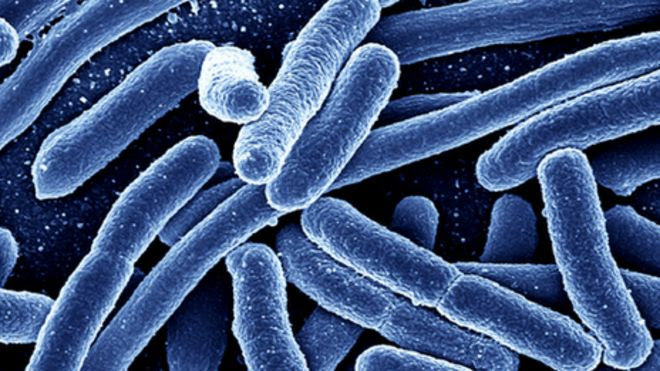 What once seemed impossible is on the brink of being completed - reinventing the genetic code of life. Scientists at the lab of George Church at Harvard University have been working on this project, which involves 62,000 DNA changes in Escherichia coli. The process involves swapping out every CCC combination for a CCG combination in every gene. They also eliminated seven of the sixty-four total codons. Changing the genetic code can help in many ways. They do this by inserting the "fixed" chunks into E. coli one by one, to make sure no harmful change is made. So far, there have been no issues.

First, these changes could change the way the laboratory experiments work and it could open windows for new industrial chemicals. It could create an immunization to viruses. It could also allow for coding for a new, synthetic amino acid. Of course for all of the benefits of these experiments, there are some downfalls. There is a possibility that these new organisms may be toxic. If these were to be introduced into the environment, there is no saying what they could do. There is also the question of ethics - many people believe we should not have the "power" to create new organisms.

The scientists involved in this experiment claim they are approximately 63% done with the testing; they expect the hardest parts are yet to come. There is still a lot to be found about this new E. coli, and that information will not become clear until the experiment has been completed and tested. However, this is still impressive because this is the farthest any scientist has come to reinventing the genetic code of life.
Posted by Unknown at 1:46 PM