Gene Editing Tool Used in a Human For the First Time

A gene tool that may have extraordinary promise in curing myriad diseases has been used in a human for the first time.

According to Nature, scientists at West China Hospital in Chengdu injected cells edited by CRISPR-Cas9 into a patient with aggressive lung cancer on Oct. 28.

CRISPR is an acronym for "clustered, regularly inter-spaced, short palindromic repeats," which are patterns of DNA sequences that can be edited. Cas9 is a type of modified protein that works like a pair of scissors to snip out DNA sequences. CRISPR-Cas9 works by identifying problem sequences and modifying them, hopefully solving the problem they cause.

In the case of the Chinese patient, scientists edited a gene that hinders the cell's ability to launch an immune response, which also prevents it from attacking healthy cells. These modified cells will then, scientists hope, target the cancerous cells and destroy them.

The trial's main objective is to test the technique for safety. The Chinese team plans to treat 10 patients, and each will be monitored for six months for side effects. 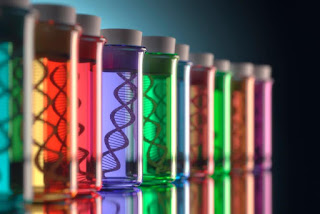 "Everything is going as planned," Liao Zhilin, who handles the Chinese team's communications, told CNN.

However, there are also ethical questions surrounding gene-editing techniques. The ability to modify DNA, while it may eradicate thousands of diseases, also may allow researchers to explore morally gray areas of science, such as creating chimeras.

Meanwhile, the United States is also set to begin a human trial of CRISPR-Cas9 in early 2017, designed to treat several forms of cancer.

"I think this is going to trigger 'Sputnik 2.0', a biomedical duel on progress between China and the United States, which is important since competition usually improves the end product," Carl June, a scientific adviser to the U.S. trial and immunotherapy specialist at the University of Pennsylvania, told Nature.
Posted by Jessica Dodd at 6:34 PM