Why do we kill? Controversial study blames our distant ancestors

Recently, an experiment was conducted by José Gomez, Evolutionary Biologist at the University of Granada, to determine whether or not lethal violence was something that specific species of animals were predisposed to due to ancestors and evolutionary reasons, or if it was something they acquired individually.
Data from over one-thousand different species was collected to gain further insight into how many of these animals were killed by a member of the same species. A pattern emerged between animals that lived in groups and animals that lived on their own, showing that territorial group animals displayed higher incidents of lethal violence than animals that slightly isolated themselves from others of the same species. 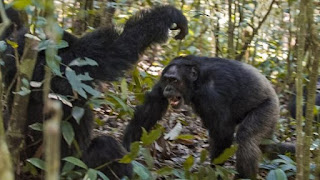 Scientists then concluded that the more violent the species' ancestor was, the higher the chance of that species being lethally violent. According to the lethal violent rates in human ancestors, chimps, and bonobos, it was predicted that 2% of human deaths would be caused by other humans. Since primates live in groups that have a history of violence, the human rate of lethal violence was calculated using records from 50,000-10,000 years ago (hunter-gatherer time) and compared them to today's data. The percentage climbed to 12% as human settlements evolved and culture influenced violence.
Scientists not being able to clearly differentiate types of lethal violence when comparing species, as well as gathering a sufficient amount of data, created a hurdle in the experiment and the margin of error was taken into consideration by workers, with the intention of diving into more species in the future. The addition of more species, strengthens the validity of data and can aid in gathering a more solidified correlation. Identifying a correlation in behavior  of animals through genetics is an essential factor in gaining an understanding of the human race in relation to evolution and why humans do what they do.
http://www.sciencemag.org/news/2016/09/why-do-we-kill-controversial-study-blames-our-distant-ancestors