Fish Adapt to Climate Change by "Switching On" Genes

Recent studies from the Gulf of Saint Lawrence found that types of a flat, cartilaginous fish, called the Winter Skate have been changing their body structure to better survive in the warmer waters. Yet it has been found that these fish weren't evolving, they were turning their genes on and off. These fish were adapting over a relatively short period of time, but not by changing their DNA sequence, but by changing how they express their genes. This form of adaptation is called Epigenetic changes, in which changes in gene expression do not rely on slow changes in DNA, as usually seen in evolution. Instead the process includes switching on and off parts of the DNA that have specific functions, these can also be turned up or down so their function becomes stronger or weaker. This process can take place in a matter of days and species with long lifespans and low reproductive rates are better equipped to undergo these types of changes. The researchers from this study hope this new finding can help protect endangered species like the Winter Skate and have implications in the conservation field. 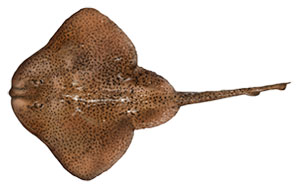