How Much Coffee Can You Drink? Are you a Fast or Slow Caffeine Metabolizer?

Everyday people across the country partake in the enjoyment of one of the most popular stimulants, coffee. Like most things, there are some people who enjoy multiple cups of coffee throughout the day whereas some can only have one. The question is, is this a personal preference? Or is there a genetic reason for the proclivity for more or less coffee?
Caffeine, or scientifically known as 1,3,7-Trimethylxanthine, and is a stimulant of the central nervous system. Professor Ahmed- El-Sohemy, from the University of Toronto, focused on a particular gene known as CYP1A2 which controls the activity of an enzyme also named CYP1A2, which is key in determining how fast our bodies can break down caffeine. There are two variants of the CYP1A2 gene where one allows people to break down caffeine four times faster than individuals with the slower variant of the CYP1A2 gene. Interestingly enough, a research test was lead by El-Sohemy in observing 4,000 individuals and their CYP1A2 genes along with their consumption of coffee and chances of having increased heart related issues. By the end of the research, El- Sohemy discovered that individuals with the slow caffeine metabolizing variant were the only ones with a 36% increase for risk of having heart issues given 1 to 3 cups of coffee a day. In contrast, individuals with the fast caffeine metabolizing gene had no increased risk of heart issues. El-Sohemy deduced that individuals with the fast caffeine metabolizing gene were able to break down caffeine before it can have any detrimental effects on the heart. The opposite is true for individuals with the slow metabolizing gene since caffeine is allowed to remain in an individual’s system longer meaning caffeine has more time to trigger some form of heart issue like a heart attack. 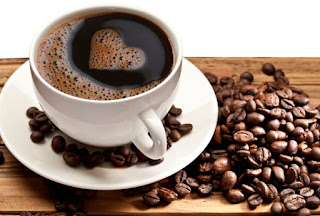 Although the data speaks for itself, many other researchers don’t truly believe that the sole cause of the increased risk of heart issues is solely from the CYP1A2 slow variant gene. Others believe that there are some other environmental or even genetic influences. Today, researchers are observing the CYP1A2 gene in hopes to find links between it and other diseases like Type 2 diabetes, cancer, or even Parkinson’s.  If you want to find out whether you have the fast or slow variant of the gene, you can go to FitnessGenes which targets 41 genes related to fitness and health including the CYP1A2 gene. If you don’t want to pay $200 dollars to view those genes, it is said that nearly 40% of people are fast caffeine metabolizers.