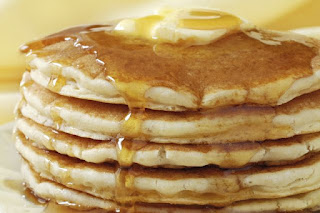 Can Sugar Alter Genes Found in the Brain?
A new study by UCLA scientists have found that hundreds of genes in the brain can be damaged by the sugar fructose, and therefore result in an array of diseases such as diabetes, Alzheimer's, and ADHD. However, researchers have discovered that the damages of fructose can be reversed by an omega-3 fatty acid called docosahexaenoic acid, or DHA. DHA strengthens synapses and improves learning and memory.

DHA occurs naturally in our brain cells, though our brain and body do not produce enough quantity. Therefore, DHA must come from our diet, such as wild salmon, fruits, and vegetables. Fructose is found in many things we Americans eat today, such as sweetened drinks, syrups, and desserts.

The study was tested on rats, split into three groups. Group one was given water with the amount of fructose found in a liter of soda. Group two was given fructose water with a rich diet of DHA. The third group was given just water. They were then to try to escape a maze after six weeks. The rats that were given a diet in DHA, and the rats that were given just water had about the same results. They navigated through the maze about twice as fast as the group of rats that consumed fructose water. This suggests that the DHA eliminated fructose's harmful effects in the group of rats that consumed the DHA diet as well as the fructose water. Those rats also had lower blood glucose, triglycerides, and insulin levels.

Posted by Steve Salvatore at 8:46 PM