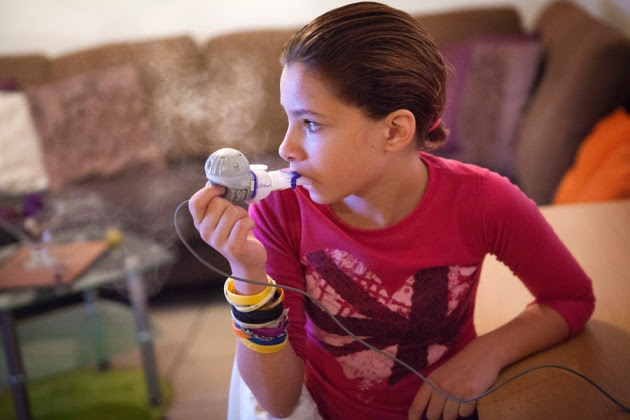 In an ambitious ongoing study, researchers are trying to collaborate to share genomic data to produce a massive sample size of [589,000] people to search for genetic mutation in individuals with traits for severe childhood genetic disorders who didn't become ill. Genetic disorders they are looking for were caused by traits inherited by simple Mendelian inheritance patterns, such as cystic fibrosis and  Tay-Sacs disease. According to the author of the article published in nature, this study "demonstrates an important proof of concept: by sharing massive genomic data sets, scientists can find healthy individuals who harbor mutations that normally cause disease".

For each genomic sequence the researchers gathered, there looked at 874 genes looking for any of 600 different childhood diseases they could study. What they found was that of the half million people's genomic sequences, which the collected from 12 different published studies, 15,597 individuals' genomic sequences had traits for one or more of 163 different disorders they could further investigate. Of these 15,597 individuals, they discovered a whooping 13 adults who turned out to be resistant to the genetic disorder they should have had in childhood. According to one or the researchers,


"I actually think there are probably more than 13, but they took a very restrictive threshold for making the call"

The current state of the study is ongoing and muddled by the process of getting consent of individuals for further genomic testing. The researchers believe that...


"finding mutations that act as protective factors against disease is a better starting point for designing therapies than starting with the disease itself."

They certainly have an interesting point. If they find the mutation in these individual's genomes, can they find a way to prevent these childhood diseases? The main focus of the article was really selling the idea of collaboration and sharing of genomic sequences between researchers to create larger sample sizes. It makes sense, but has drawbacks such further testing of genomes as aforementioned.