The Equation For Autism and Cancer

What is Autism?
It is a developmental disorder that causes problems with social interaction, communication and repetitive behaviors. The causes of autism are related to both genetics and environmental factors associated with autism. Researchers have found that autism could be a result of abnormal growth in the brain during early development. Environmental factors may also play a role in gene function and early development, but no specific environmental causes have been identified. People diagnosed with autism have found cancer related gene mutations and have less risk of developing cancer than individuals without autism. Dr. Benjamin Darbro, from University of Iowa Carver College of Medicine found a genetic link between autism and cancer. Research was analyzed using exome sequencing data from the ARRA Autism Sequencing Collaboration, which offers information of genetic variants among patients with autism. Then the data was compared from another database which provide genetic variants for more than 6,500 people without autism. The research team found that patients with autism are likely to be protected against cancer with 94 percent lower risk, compared with children who do not have autism. 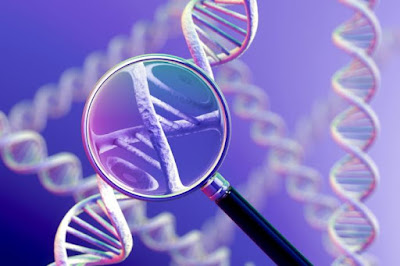 I found this article interesting because autism is a disorder that has different possible causes among individuals. Autism having a positive effect against cancer does indicate that there is some sort of genetic orientation with the disorder. I am curious where this research can go and explore ideas like the type of genes associated with autism and cancer. According to the research team, this finding will help find better treatment to treat cancer and autism at the the same time in the near future.

Posted by Bindiya Surti at 4:36 PM