Richard Kolodner at the Ludwig Cancer Research Center has developed a technique that determines the genes that repair damaged DNA. When DNA is left un-repaired, it often leads to different forms of cancer. His team discovered that GIS genes are responsible for large scale DNA repair, and correct improper transcription of large sections of DNA on chromosomes. If the repair of large portions of DNA are left unchecked, it often times leads to an abnormal amount of chromosomes.
Christopher Putnam also a 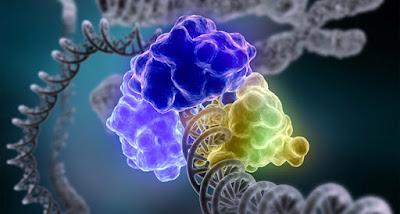 researcher at the Ludwig Cancer Research Center has identified GIS genes in both humans and yeast. In recent months, scientist have discovered about 100 new GIS genes. Along with GIS genes, cGIS have also been discovered and they are responsible for keeping the genome of an organism stable when mutations occur. cGIS and GIS genes both concurrently maintain the genome in the cells of all organisms. The researchers hypothesized that GIS genes are responsible for fixing errors that would ultimately cause certain types of cancer. Ovarian and colorectal cancer were both studied and the researches found that “93% of ovarian cancers and 66% of colorectal cancers had genetic defects affecting one or more of the predicted GIS genes.” Having a better understanding of GIS genes should give scientist more tools in order to prevent and perhaps cure certain diseases that arise from un-repaired DNA.

Another repair mechanism called nucleotide excision repair is initiated by cell exposure to carcinogens and UV light. Things like smoking trigger these repair mechanism in order to fix the damage that these agents caused to cells. DNA transcription sometimes causes errors in the DNA sequence so it is sometimes difficult to determine whether it is the environment causing these errors or errors in transcription. The DNA excision repair mechanism has been shown to be neutralized by “bound transcription-initiation mechanisms” that often times result in the growth of cancer cells. The newly discovered GIS has caught the eye of many research scientists because having the ability to turn this gene on and off and target a specified area may hold the key to fixing human diseases.