A new study done at the University of Washington in Seattle suggests that genetic testing could give an accurate outcomes with women who are diagnosed with ovarian cancer. Certain women have a mutation which repair damaged genes. Women with this mutation seem to be less affected by cancer or slow progressing. These new discoveries could result in increased treatment. It was questions if the DNA mutations affect the response to combination drug therapy for ovarian cancer. The study used a 3 phase clinical drug trial that resulted in the findings that the "mutation did not affct whether or not a patient would respond to the treatment, but they did affect the patient outcomes-including how long the women might live and remain disease-free." 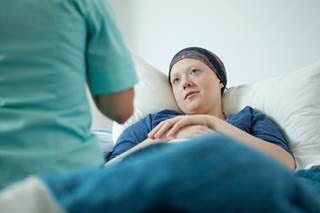 In this study, researchers sequenced DNA from blood and/or tumors from about 1200 women. About 26% of the women had at least one mutation predicted to affect DNA repair. The presence of a DNA repair gene mutation extended surivial according to the study. It is suggested that any women with ovarin cancer should have a genetic test and should be included in clinical trials of drugs that work best in the setting of gene defects. "The era of molecular classifcation of cancer will allow us to otimize patient care."

This discovery is truely amazing. Many lives can be saved by simply getting seuqenced and included in clinical trials best to it the mutation. This is just the beginning. Science is beginning to classify cancers at the chromosomal level to identify which is the mutation or absnece of mutation which can increase survival.