A recent study by researcher Stephen Friend has shown that thirteen individuals out of 500,000 in a sample have a rare genetic glitch that should cause them to become very ill.  However, those with the glitch are all living seemingly healthy lives.  According to Jocelyn Kaiser, this type of genetic mutation can provide insight for new treatments for other rare genetic conditions.  Unfortunately, though, the research is highly scrutinized.  Experts who analyzed the information found that multiple individuals in the study had very rare copies of a specific genetic sequence that coded for cystic fibrosis.  The experts believe that there is a more complex mechanism at hand and that the high number of individuals who have a gene sequence coding for cystic fibrosis is likely not a fair representation of the population.  Even though the results of the study are inconclusive, it is important because it offers a slight understanding over how resilience genes work.  As research moves further, more and more conclusive results will be attained, and more significant findings will follow. 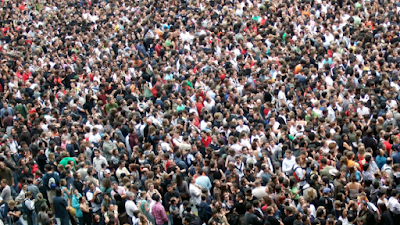 Another type of resilience gene was assessed by researchers at Duke University.  It is a slightly more complex thought, but the scientists believe that mu-opioid receptor gene, OPRM1 is responsible for appropriate social interactions in children.  It can improve a child's ability to interact with their family even if the child grows up in a problem family (IE. where a parent is an alcoholic or abusive).  Children with the OPRM1 receptor gene were able to maintain a relatively happy lifestyle even if they were from one of these families.

I think that the use of buffer genes is promising research.  While researchers are still unsure as to how they work, if they can eventually be manually coded-for in humans, they could potentially save a large percentage of the population from potentially debilitating diseases.  It's also very interesting about the resilience genes in children.  Typically, personality and interactions aren't associated with genetics, but clearly there is a relationship.
Posted by Unknown at 2:54 PM