A Single Cell Shines New Light on How Cancers Develop 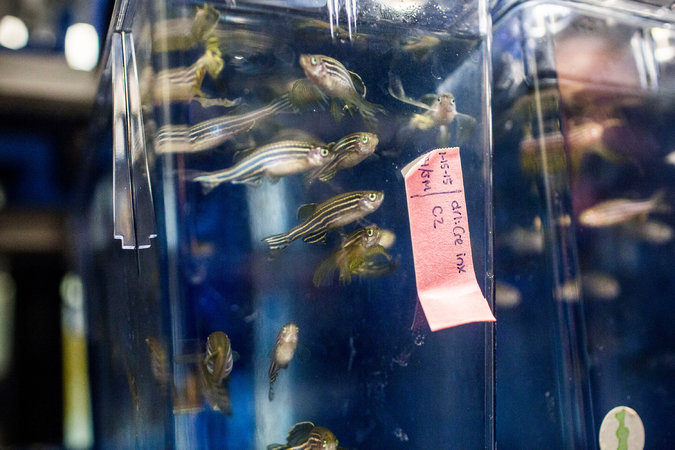 (Zebra fish in the lab. The tiny transparent creatures allow researchers to see cells and organs without cutting the fish open)

It was just a tiny speck, a single cell that researchers had marked with a fluorescent green dye. But it was the very first cell of what would grow to be a melanoma, the deadliest form of skin cancer. Never before had researchers captured a cancer so early. It was a cell that had reverted to an embryonic form, when it could have developed into any cell type. As it began to divide, cancer genes took over and the single primitive cell barreled forward into a massive tumor. This was the findings of Dr. Leonard Zon, Dr. Charles K. Kaufman, and their colleagues.
The work was in fish that had been given human genes, but the investigators found the same genetic programs in human melanomas, indicating that they too started when a cell reverted to an embryonic state. Much more study is needed, but researchers say the result can help them understand why melanomas and possibly other cancers form, and potentially prevent them.
This article stood out to me because this research may provide a way to stop melanomas from growing back after they have been cut down by new targeted drugs. So many people have skin cancer and unfortunately and a cure needs to be found.
Posted by Kimberly Soto at 12:25 PM