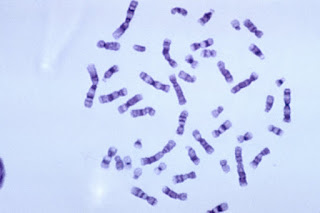 Scientist have been studying the benefit of Viral DNA in the human genome. As stated, DNA from viruses are used to do things that are essential to our own survival. Human cells have acquired viral DNA to fight other viruses. Viruses replicate by inserting their DNA into our genes. This can be passed down to future generations. These new genes act similarly like regular virus genes but after a while they lose the ability to escape human cells. They still have the ability to replicate themselves but those copies are only incorporated into the host cell's DNA. But after a while they even lose the ability to replicate. Endogenous retroviruses first invaded our ancestors and have been identified by scientist to account for 8 percent of our DNA.  Proteins produced by viral DNA block receptors that allow newcomer viruses to invade. Some attacking viruses are unable to invade other cells because of viral proteins that disrupt them. Scientist discovered that ancestors harnessed viral DNA to rewire their own genetic circuitry.

Scientist Guillaume Bourque from McGill University said that this revealed a new way to demonstrate how viral DNA was used to strengthen the immune system. Invading viruses are fought by turning on many genes. To make multiple genes active there must be stretches of DNA next to each gene, which are activated by proteins. The protein known for this is interferon which is produced when a cell is attacked by a virus. This protein allows the cell to defend itself. Results showed that many of the gene switches that help defend our cells from viruses came from viruses. Viral provides a benefit to us and our genome. By viral DNA spreading their DNA in our genome, viruses provide us with new switches that our cells could harness.

I think this article is very informative because it explains how beneficial viral DNA is to a humans genome. Although one may think viral DNA is not essential to humans, this article demonstrates the benefits and the good viral DNA is being used for. I think more studies need to be conducted because of the depth of the topic, but it definitely demonstrates a study that can be ongoing and can result in more results in the long run.