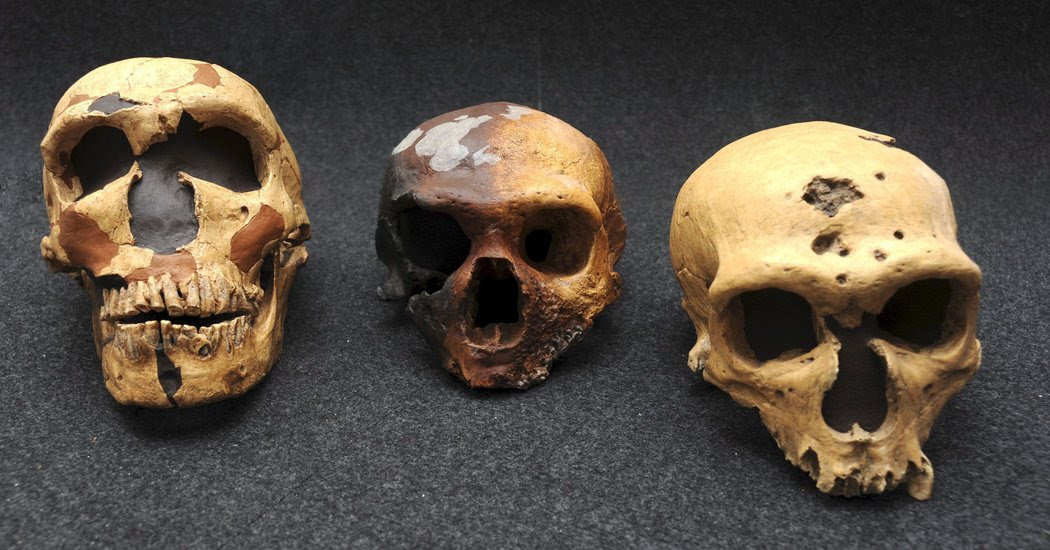 A study recently published in the journal Science found that the ancestors of modern humans interbred with Neanderthals and Denisovans over the course of prehistory.  The interbreeding may have given us an evolutionary advantage, particularly with increased immunity to pathogens.  A review of the article was published by the New York Times last week and authored by Carl Zimmer.  Zimmer included a quote in the review by Charles Lalueza-Fox, a research scientist at the Institute of Evolutionary Biology in Barcelona Spain, who was not involved in the study who said, “This is yet another genetic nail in the coffin of our oversimplistic models of human evolution."

The data from this new study expands on a series of findings that has been collected over the past several years.  This body of information concludes that the ancestors of modern humans interbred with extinct hominins.  This shows that the ancestors of modern humans once shared the planet with a surprising number of near relatives; specifically the Denisovans and the Neanderthals.  The interbreeding between these ancient human groups has left its mark in our DNA, which still carry from these encounters.  The first studies that discovered the ancient interbreeding were published in 2010 when scientists found that certain modern humans, mostly of European decent, had DNA that matched the genetic material extracted from Neanderthal fossils.

Later studies  hypothesized that the ancestors of modern humans encountered Neanderthals over 50,000 years ago after leaving the African continent.  However, Neanderthals were not the only extinct humans our ancestors found.  A finger bone of a modern human was found to contain Denisovan DNA in a Siberian cave.  Later research concluded the modern humans, Denisovans, and Neanderthals share a common ancestor who lived around 600,000 years ago. A geneticist from the University of Washington, Joshua M. Akey, and his colleagues also found in their study that all the non-Africans had Neaderthal DNA and those of African descent had very little or none.  This is yet another study that supports the Out of Africa model. I like learning about human evolution and I think it is awesome that we can use genetic analysis to learn more about our ancestry.  The archeological field is benefitting from the genetics field and it helps the scientific community put together a more accurate picture of how we evolved.