Eat Your Fruits and Veggies! 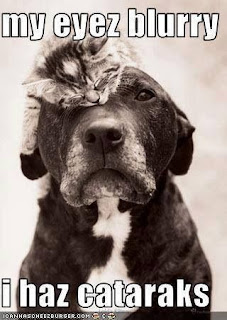 Fruits and vegetables can help fight cataracts according to an article by Roni Rabin. Cataracts are usually associated with a break down of lens microarchitecture and mostly occurs in older people. However, a new study shows that diet might play a greater role than genetics in their progression.

Britain studied about 1,000 pairs of female twins who were the average age of 60. They asked them detailed questions about their daily nutrient intake. The twins then underwent digital imaging of the eye for progression of cataracts. The researchers found that the women who had a diet rich in vitamin C, had a 20 percent lower risk in cataracts than those who did not. A rich diet in vitamin C includes two or more servings of vegetables and two or more servings of fruits per day.

Ten years later, scientists followed up with 324 of the twin pairs and they found that those who consumed more vitamin C, had a 33 percent lower risk of cataracts progressing than those who did not. The researchers concluded that environmental factors, including diet, account for 65 percent of cataract progression, where as genetic factors only account for 35 percent. So make sure to eat your fruits and veggies that are rich in vitamin C such as, oranges, kiwi and dark leafy greens!

I am glad I came upon this article because it has instilled how important eating fruits and vegetables everyday really is. Hopefully my level of vitamin C decreases my cataract progression in the future.
Posted by Kajal Patel at 7:28 PM