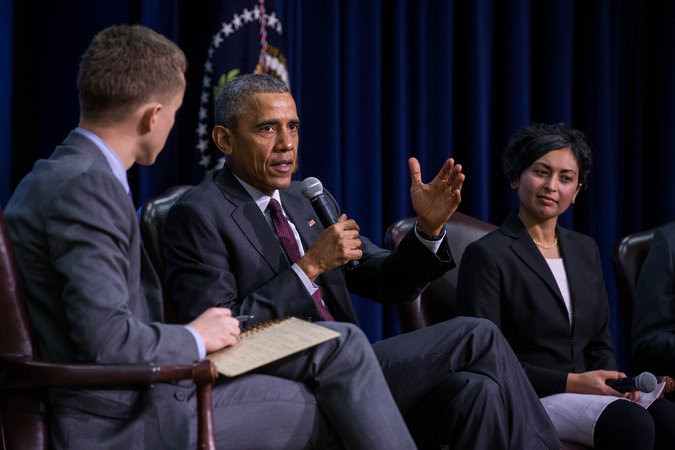 President Weighs In on Data From Genes
The New Your Times

If you have genetic testing done on yourself by some company or a hospital, who owns the data?
Is that data yours, or is it their intellectual property? This is the main discourse of the article.
Researchers and universities argue the genetic information they collect becomes their intellectual property, while health care organization and consumer groups assert that the data and discoveries made because of that data belong to the individual from whom the DNA came from.The President sides with the latter. He believes that

This would mean that patients receive access to genomic testing results done with their DNA, they would receive full access to their medical record.  The remarks the president had about who owns what in genetics came about in a conversation about the Precision Medicine Initiative, which you can read more about here.

I'm with the Obama on this issue, I agree that those participating in genetic testing have a right to access the information about their genome.
Posted by Unknown at 10:18 PM