Cystic Fibrosis is the most common fatal disease in the U.S. It causes mucus to build in the lungs, pancreas, and other organs,leading to frequent infections. CF is caused by a mutation on the CFTR gene which regulates the movement of water and salt out of the body's cells. The genetic disease affects about 3,900 babies each year. Every state screens for CF, California currently screens 40 of the most common mutations of the CFTR gene but there are more than 2,000 known mutations that can affect the gene. The current screening is a long process just for one newborn. 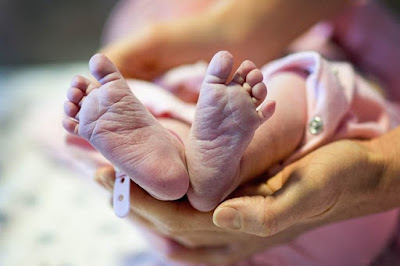 The screening involves several analyses, including a simple enzyme test, the current DNA test, and if positive in all aspects, there are additional tests to be sure of the disease. Though many times these tests can still result in a false reading. At Stanford University scientists say they've found a more accurate and comprehensive DNA test screening. They have claimed that the new test is more efficient and cost effective, and it may also improve screening for non-white babies in which it is more rare and harder to diagnose.

The new test uses "next generation" DNA sequencing that can quickly and more cheaply look at the entire CFTR gene instead of just looking for the specific mutations. The researchers say this advanced technology can help labs to look at many newborn samples at once rather than just a few. The lab is currently running a side by side comparison of the old test and the new one. The researchers are looking to meet with public state health officials within the year to discuss the next steps.

I think this is a great new technology that is much needed for all states. Because Cystic Fibrosis affects about 30,000 children and adults and about 10 million are carriers- meaning they can pass it on to their children-and it is so fatal, that there needs to be more of a accurate screening for when the children are born. So many cases are misdiagnosed or completely missed all together, this can help, especially with the minorities.
Posted by Unknown at 9:02 AM