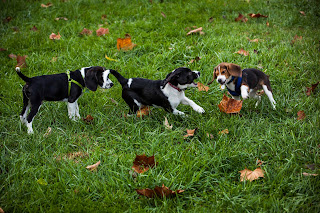 Scientists from Cornell University were able to successfully deliver a litter of puppies that were conceived through the process of in vitro fertilization. Scientists have been trying to accomplish successful in vitro fertilization in dogs since the 1970’s, but kept falling short. Scientist at Cornell University stated that the main challenges were “figuring out the optimal stage for fertilization of the female dog’s eggs and simulating the conditions in the lab for preparing sperm”. Eventually the team of scientists were able to transfer 19 embryos into a host female dog which gave birth to seven puppies. Five of the dogs were conceived from beagles and two were a mix of beagle and cocker spaniel. The embryos were cultivated in a dish in a laboratory before being implanted in the dog. The reason why this discovery is such a breakthrough is because scientists believe that the success of this experiment may help the future conservation of endangered species and may also help with gene-editing technologies that cure inherited diseases in dogs. Humans and dogs share more than 350 traits, and this breakthrough could help further the research of many genetic diseases.

I think that the success of this experiment is truly remarkable and that this will definitely be helpful when studying other genetic diseases in humans. I was surprised to learn that dogs and humans share over 350 traits. Hopefully in the future in vitro fertilization will be useful in the conservation of various endangered species.