Gene in Elephants Reduces the Chance of Cancer 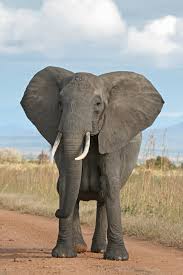 In recent studies, scientists have finally discovered a possible gene that allows the prevention of cancer in elephants. This could mean potentially a gene to prevent cancer in humans.

Elephants are noticeably larger than humans, which means they have thousands of more cells than us allowing for the potential to have cancer to be increased, however, they live about as long as humans if not longer and few get cancer. After a sample of elephants across zoos in america were studied, it was found that only about 5% of elephants had cancer as compared to 11%-15% of humans get cancer. Two teams of scientists have taken this information even further and discovered that in observing and researching elephant genes, a gene mutation is what is suppressing the cancer cell. Two types of elephants observed (African and Asian) and both species had 20 copies of the P53 gene (this gene is known to have tumor-suppressing qualities), where as humans and smaller species only have one copy of the P53 gene.

This discovery does not allow for the cancer to be treated or allow for much discovery just yet, however the more they research the P53 gene the more they are finding out about how it relates to the suppressing of cancer and tumors. Some doctors already have been studying the P53 gene and have been using it in immunotherapy treatments to fight cancer. It will be a long time before this research is useful clinically for patients however baby steps will lead us in the right direction in hopes for a cure to cancer.