More Like Your Dad Than You Think (Genetically Speaking) 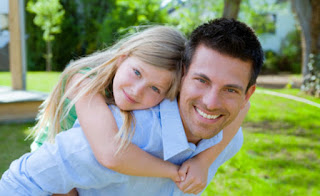 Even though genes are thought to be inherited evenly from both your mother and father, scientists have now discovered after years of research and studies, that a higher percentage of genes expressed in offspring are actually from the father. Researchers have ran tests with a group of mice that showed the highest diversity, making it more comparable to humans. This study consisted of interbreeding three strains of DNA to create nine different offspring. The offspring created were then measured on their level of gene expression of heir tissues to examine how much was inherited by the mother/father mouse. The final testing showed that a high of 60% of the mouse's genes were inherited from the father. The main feature examined in the mice was the father's impact on the offspring's brain however. Researchers believe that because humans share a common ancestor with these mice that this inheritance may be true in all mammals.

With this new information known about a larger percentage of inheritance coming from the father's gene, scientists may have an easier time being able to properly diagnose offspring. For example if a mother has a negative mutation it would be less likely that it will be expressed however if a father possesses the gene for this mutation it may be easier to be seen in offspring. I believe that this finding can allow for scientists to predict diseases and mutations in offspring better therefor allowing for better treatment or preparation. If scientists can go further into this research and determine what genes from the father are specifically most likely to be expressed in the offspring diagnosing a child may become easier.