New Breakthroughs in Autism May Come From Monkeys


Scientists have now begun to genetically engineer monkeys in order to study behaviors similar to autism. By manipulating the MECP2 gene, most commonly found in boys that have a duplicate pair of the gene, scientists hope to study potential therapies on the animals that could one day be of help to human subjects. This genetic disorder is known to cause Rett syndrome, a severe type of developmental autism disorder.
While most studies on autism in the past have tended to use mice, the complex nature of autism is unable to be thoroughly studied on such a simple animal. Jonathan Sebat, chief of the Beyster Center of Psychiatric Genomics at the University of California in San Diego mentioned in the New York Times article, "Mice are not in the same league when you’re talking about doing models of social cognition and interaction. They're not even close." Jonathan was not involved in the monkey research.

I agree with  Dr. Jonathan Sebat that it makes sense that answers from studying such a complex disorder like autism will not come easily from such a simple organism like mice. Autism has a lot to do with the human brain and the social interaction that goes along with it. Using a fellow primate to test seems more logical. That being said, using monkeys instead of rodents comes with its financial and ethical costs. Monkeys are much more expensive to test and genetically manipulate, and "some animal rights advocates here are more troubled by research on mice than on rodents."
In conclusion, it does not look like mice will be losing their jobs as lab rats anytime soon, given that the cost of genetically engineering monkeys is still so expensive. Dr. Sebat also adds that although monkeys with the MECP2 mutation is a logical place to start, other mutations in monkeys may end up being better to test medications. Although she is also not involved in the study, Dr. Sarika Peters, a clinical researcher of autism at Vanderbilt University School of medicine, claims to be "cautiously optimistic about the study," believing that, "monkeys may be the animal model with the most relevance to human autism." 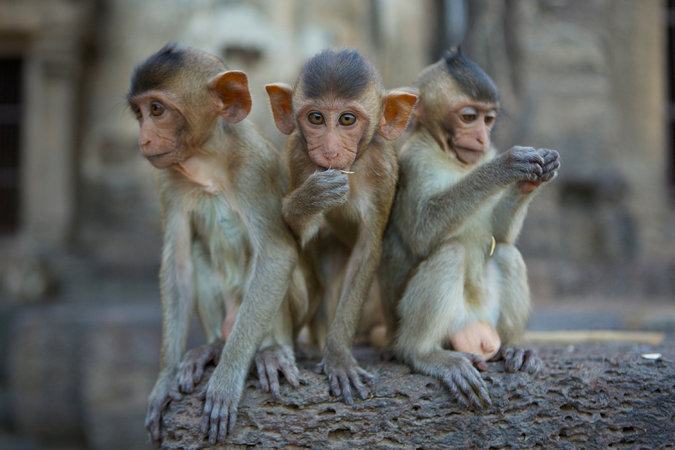 long tailed macaque: one of the species of monkeys used in the study