Genetic Engineering to the Rescue Against Invasive Species 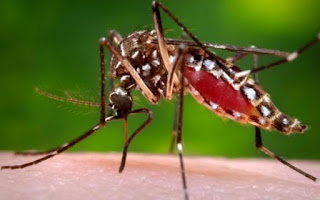 The use of “gene drives” are now being used as an attempt to decline the invasive species’ population numbers by triggering their genetic machinery. Gene drives allow the extinction of a targeted species, in this case the species that is causing the issue. It allows the native ecosystem to return to normal.
Kevin Esvelt is a genetic engineer at Harvard University and is the head of using “gene drives.” He and his team warn, however, that this method of genetic modification can cause a lot of issues. They want this technology to be used responsibly.
Genes reducing pesticide resistance, hindering a population’s ability to reproduce, or some other desirable impact on a target species is how this technology starts. Previously, the geneticist would insert the target gene into the genome of the invasive species, however there is not guarantee that the modified gene will work. Gene drives come into play here, as they act as a “chauffeur” for the alteration through a population. In most animals, there are two versions of a gene, and thus there is a 50-50 chance of an altered gene being passed onto the next generation.
Genetic modification is not a new topic, however CRISPR is. CRISPER (clustered regularly interspaced short palindromic repeats), allow geneticists to target specific genes in the genome. As Esvelt says, “we think that it can engineer the genes in any [sexually reproducing] species.” This technology is as simple as engineering an individual to contain CRISPR and the desired alteration of a targeted gene.
There are two scenarios how this technology will help with invasive species. The first is that it will increase the likelihood that progeny are males. Because females are imperative to reproduction, having all males will lead to the eventual extinction of the species. The second scenario is knocking out genes that are important for fertility. This means that no progeny will be being produced, thus resulting in the extinction of the species.


I feel that this article is very interesting because I want to be a conservation biologist after college. Invasive species is a real issue for conservationists as they are hard to control and they are hard to get rid of once they settle into a new habitat. Having new, groundbreaking techniques like this can help ecosystems get back to their native state, which in turn helps the environment be happy and healthy.
Original Article
Article about Gene Drives
Posted by Melanie Cucunato at 4:35 PM