Scientists at a company called Recombinetics have recently edited genes in dairy cattle calves in Sioux Center, Iowa in order for them to have no horns. By doing so, their new genetic code will be passed on to future generations through DNA replication. This was done while they were single cells in a petri dish, where the part of their genetic codes that code for horns in dairy cattle like themselves were taken out and the ones for no horns like in Angus beef cattle were put in their place. 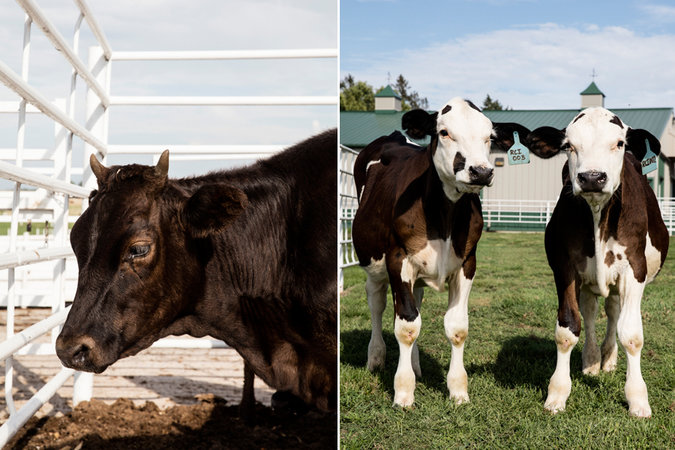 Gene editing has helped achieve many goals by being fast and cheap. Pieces of an animal's genetic code are replaced by other pieces by enzymes being directed to cut DNA at specific locations. Dehorning is one of the many reasons why these scientists believe it is in the best interests of the calves in order to edit their genetic codes, since the procedure is painful.

Not only are the genes in dairy cows being edited, but also in other animals including salmon, mosquitoes, pigs, goats, and dogs. The mosquitoes that have undergone gene editing do not carry the parasite that causes malaria anymore, and the domestic pigs that have also undergone the procedure now resemble wild pigs that are resistant to swine fever.